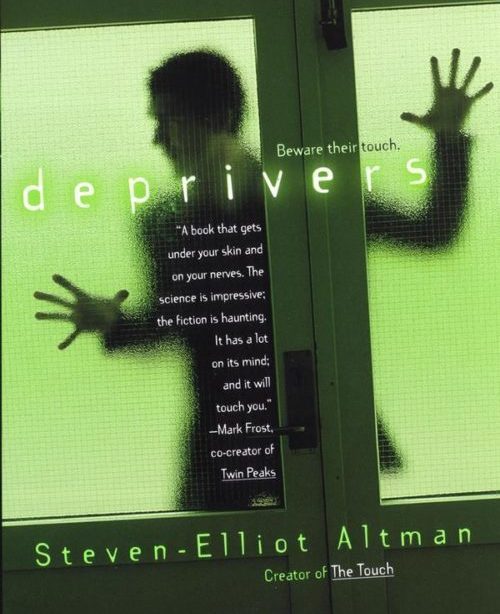 Deprivers, the bestselling science fiction novel from Ace/Putnam, is set in the near future and follows an epidemic known as Deprivers Syndrome, in development for series by MarVista Entertainment.

Imagine never touching another human being? Robert Luxley has a biological problem that he does not understand and cannot control: one touch from his bare skin and you’re paralyzed for fifteen minutes.  Lonely and isolated, he’s turned his “special trick” into a lucrative career as an assassin. He thinks he’s one of a kind—until one day he’s confronted by a young girl named Cassandra, who tells him that he’s not alone.  She has it too, and the two of them are not the only carriers of Sensory Deprivation Syndrome (SDS). SDS is a medical condition so dangerous that carriers can render anyone they touch blind, or deaf, or otherwise senseless, in seconds.

Social Impulse optioned the rights to Steven-Elliot Altman’s bestselling science fiction novel, DEPRIVERS, along with a draft of the pilot script which Steve also wrote. Steve helped attach showrunner David Simkins (ADVENTURES IN BABYSITTING, GRIMM, WAREHOUSE 13) and remains attached as an Executive Producer while MarVista continues to develop the series.